Using the WU-1a optional wireless mobile adapter you can now automatically send great images to your smartphone and even use your smartphone to remotely capture images from compatible Nikon D-SLRs and COOLPIX cameras. With an easy to use app, now when you can't wait to share that great shot you don't have to. Share it to your smartphone in a instant. Wi-Fi Shooting: Images can be taken remotely using a compatible smart device using the camera's Live View preview on the smart device to frame and compose the subject. Note: Smart device is used to remotely fire the camera, maximum distance is up to 49 feet and the smart device can not be used to adjust settings on the camera. The dedicated application runs on Android™ 2.3 or later (smartphones); on Android 3.0 or later (tablets). iPhone® and iPad®: iOS version 6.0 or later. Operating system is required to use the WU-1a.** **Specifications and Compatibility: OS: Smartphones, Tablets: Android™ version 2.3 or later (smartphone), Android version 3.0 or later (tablet). iPhone® and iPad®: iOS version 6.0 or later. Wi-Fi®: 11b/g/n (maximum range approximately 10-15m/33-49 ft). Easy Transfer: Images from the compatible Nikon D-SLR and COOLPIX cameras can be downloaded to a compatible smart device as they are taken or download existing images from the camera's SD memory card. Note: Images will be downloaded after they are saved to the camera's memory card. Easy Sharing: Single images or groups of images can be shared using apps stored on the smart device via email, text messaging, or by uploading to a blog or social networking site—just like any other image on your smartphone or tablet. Notes: Movies can not be viewed using the Wireless Mobile Adapter utility (app) but can be played back by tapping the movie or playback icon to display a list of movie apps and choosing an app from the list. The WU-1a Wireless Mobile Adapter works with Wi-Fi 11b/g/n. 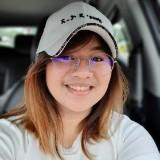 The seller is easy to deal with and they properly demoed the item to check all features are working. Looking forward to deal again. Polite and easy to work with. Tnx for buying!